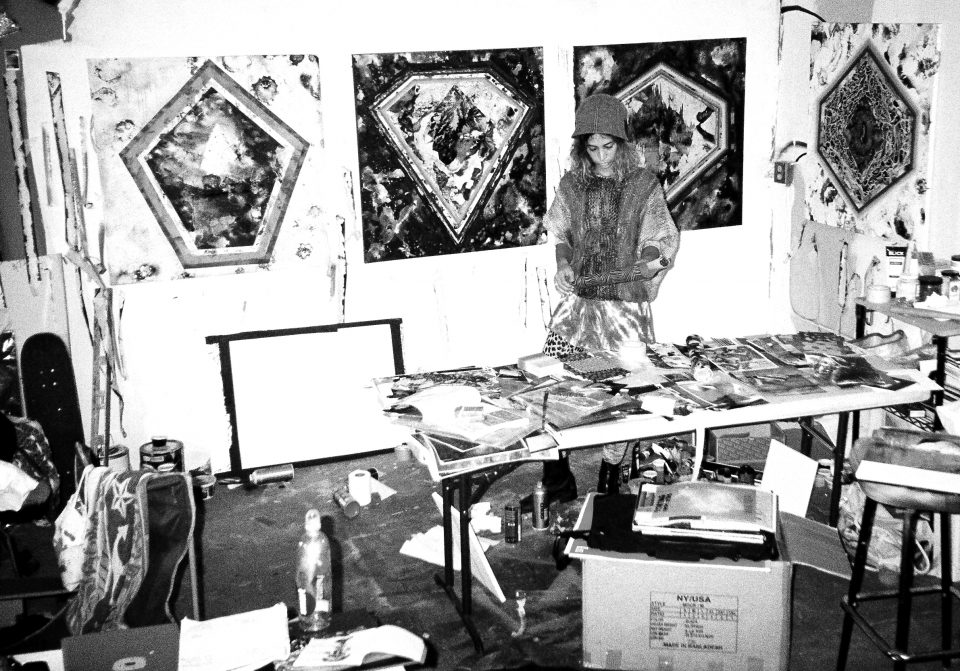 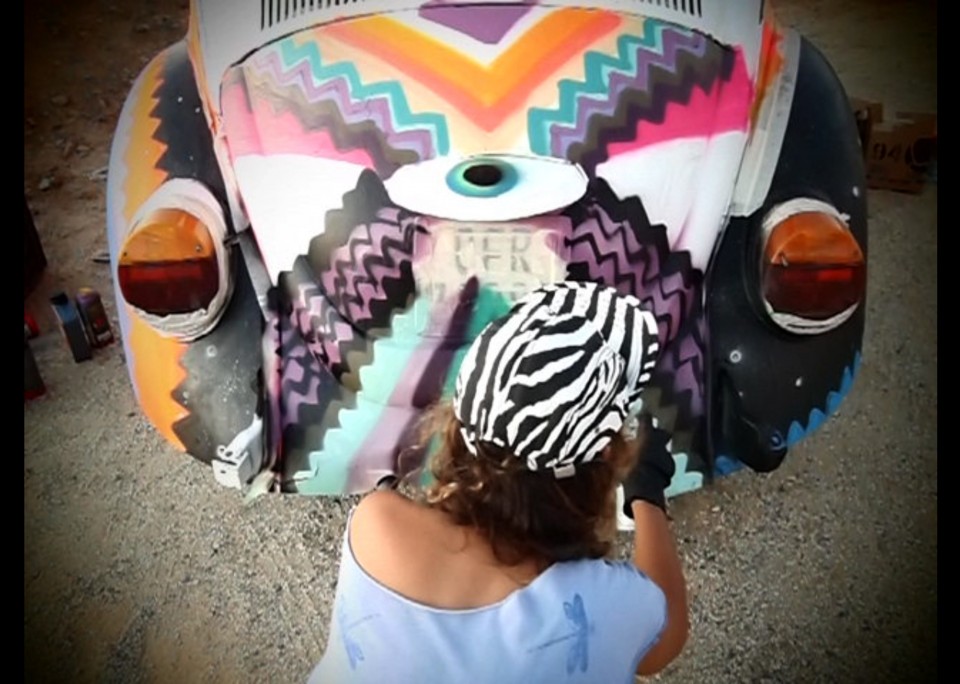 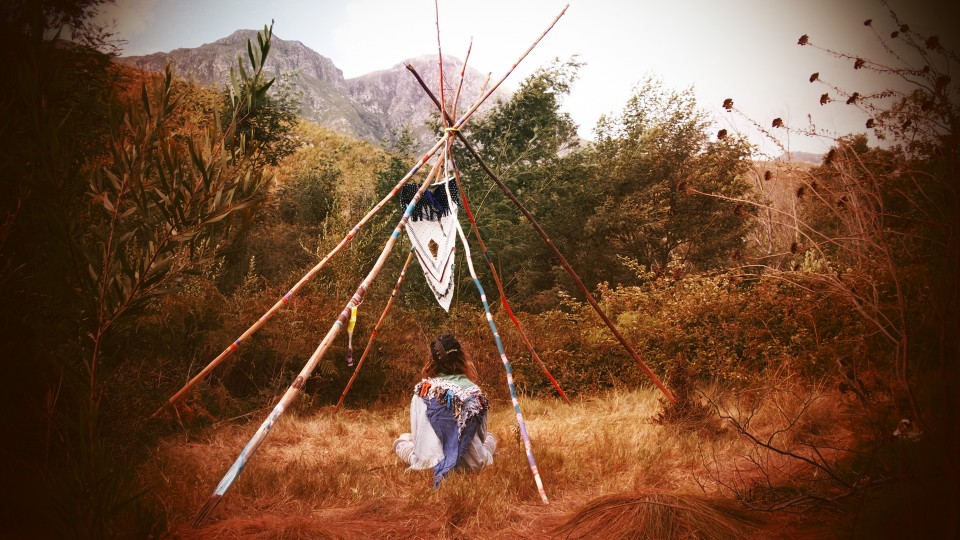 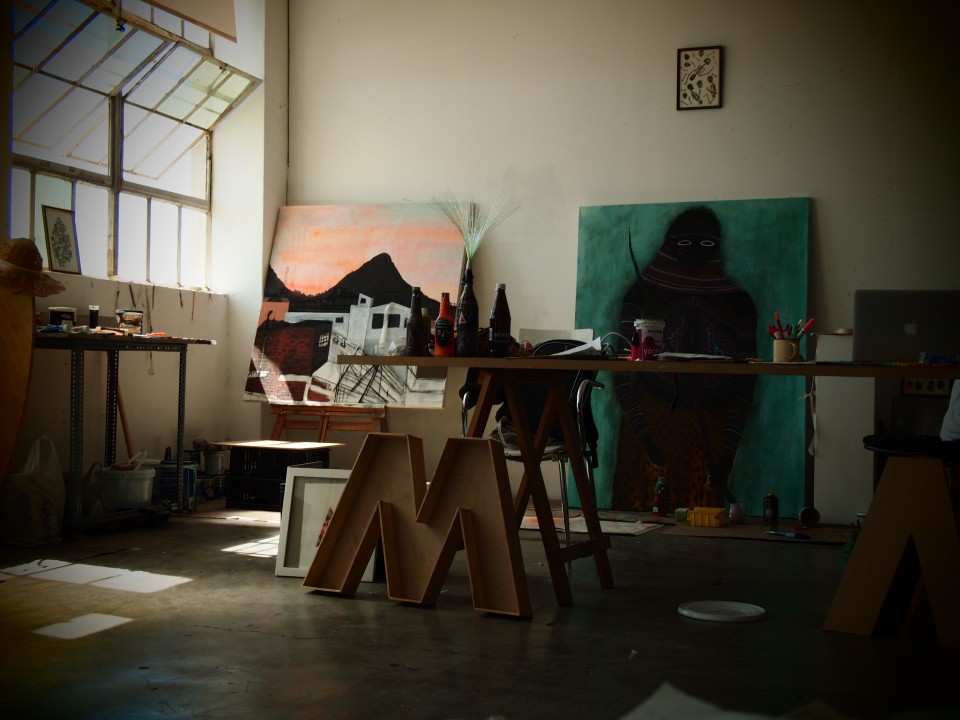 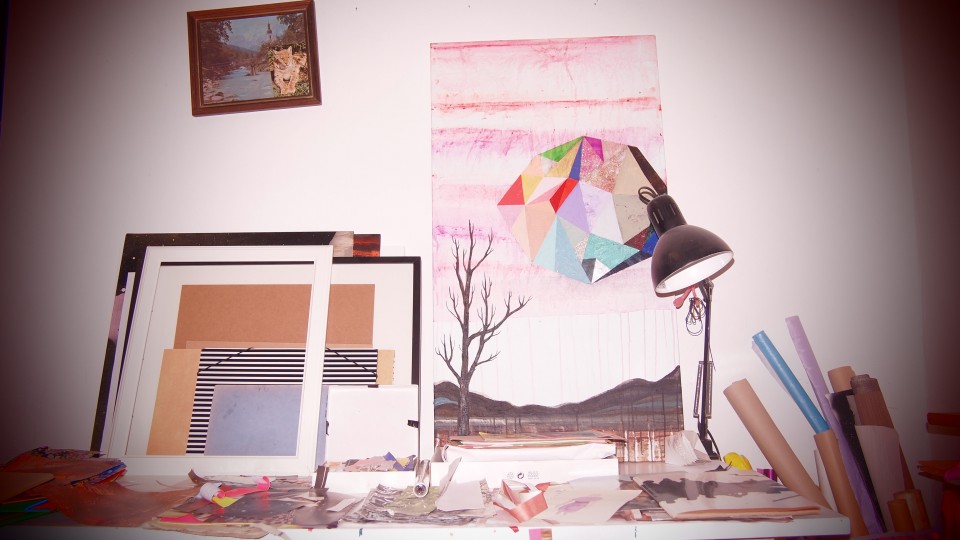 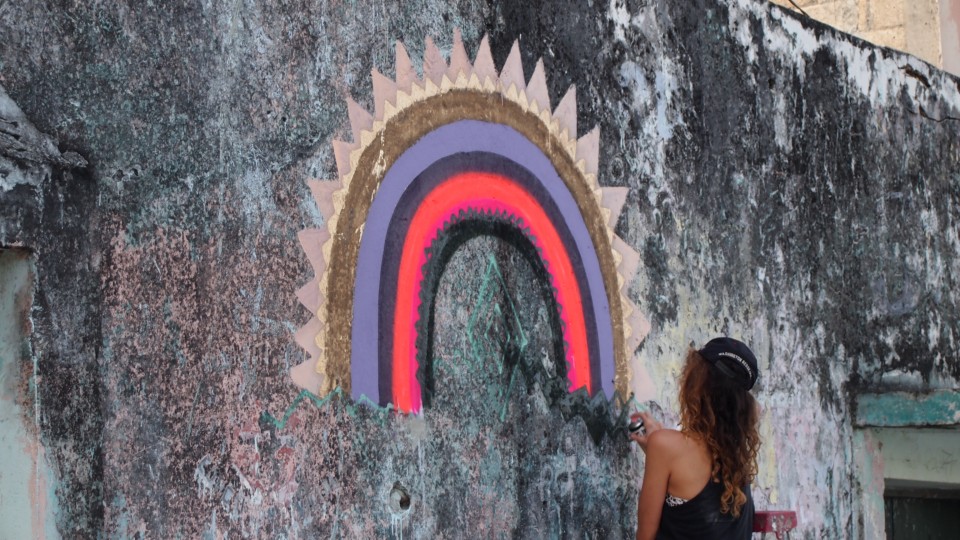 MYMO is a multidisciplinary, mixed media, urban artist, creative nomad, and honorary (part-time) Berliner of North African/German roots. She is a graduate in sculpture, painting and visual communications.

As a an Alchemist of the streets, Mimo MYMO Mali’s present body of work utilizes public space depicting celestial messages. She practices mixed-media experimenting with a vast range of material, ‬while consistently developing new possibilities of aesthetic expression. She applies the phrase “up-cycling art” in reference to the repurposed, recycled objects and materials that find new life and meaning in her pieces.‪ ‬Combining layers of fabric, images from old books, crystals and chemical reactions that complement inventive patterns, abstract elements, geometric shapes, portals and The Rainbow Warriors. ‪Her mediums of choice‬ include; assemblage, installation, animation, collage, canvas work and large-scale murals. MYMO’s‪ profound style has brought her international and commercial success including;‬ ‪exhibitions‬ in numerous galleries worldwide‪, advertisements and designing products for popular brands, working in film and television, mural commissions in many well known locations,‬ being featured in many publications with spreads in Art Rojo Magazine, IdN Magazine, Nylon Magazine, Lodown Magazine, and made the front cover story for Art Monthly Australia.

Mymo works on a “deeper, galactic”/subconscious level. Artworks are hand-drawn,‘ freestyled‘ onto the wall/paper/canvas and then usually take shape intuitively in “a process of frequency” during the creative process/transformation. There is talk of accessing the “Akashic records” she taps into this so her art becomes more geometric in order to describe a spirit plane and other dimensions. „There was a galactic shift, I felt a call for me to take the facial features away. More and more, decoding information through sacred geometry. It’s all decoded in Logos; all information.”

Abstract form flows in harmony with vivid colour. She enjoys playing with visual imagery; creating a conversation between materials, tone, movement, and shape. ‪‪Crafting creations of mystical, cosmic, tribal, funk and psychedelic style. Depicting celestial messages from an inner spiritual realm that communicate to this dimension through cosmic relationships. The motifs used in her art, she says, are one of the same; they are all “spirits; inter-dimensional beings”‬‬, which she refers to as her “rainbow warriors”..The pixels, sun deities, the patterns layered upon pattern, the shapes, the drips and splats, are all expressions and manifestations of the visual language of the universe, nature and life force. She states; “You can call it cosmic unconsciousness, Everything is vibrations!” ‬‬Her depicted art pieces then in turn emit their own unique vibrations, which help you tune in to the source!

Her murals and festival installations have become urban shrines of sorts, known to remove energy blocks and lift spirits. ‬‬One such mural in a township in Cape Town has become a popular meeting place for locals. In LA groups gather in front to take selfies and hangout.